The POPE of GREENWICH VILLAGE

"He
took My Thumb Charlie !!! I didn't want to Give The Poor Bastard Up but It was My Life Man!!!!" In an Italian neighborhood of Greenwich Village, cousins Charlie, a maître d' with aspirations of someday owning his own restaurant, and Paulie, a schemer who works as a waiter, have expensive tastes but not much money. Paulie gets caught skimming checks, and he and Charlie are both fired. Now out of work and in debt, Charlie must find another way to pay his alimony, support his pregnant girlfriend Diane, and try to buy a restaurant. Paulie comes to Charlie with a "can't-miss" robbery, involving a large amount of cash in the safe of a local business. Charlie reluctantly agrees to participate, and they manage to crack the safe with help from an accomplice, Barney, a clock repairman and locksmith. But things go sour, resulting in the accidental death of police officer Bunky Ritter, who had been secretly taping "Bed Bug" Eddie Grant. Charlie soon learns that the money they stole belongs to Eddie. The mob figures out that Paulie is involved, and not even his Uncle Pete, part of Eddie's crew, can help him. One of Paulie's thumbs is severed as punishment. Diane leaves Charlie and takes his money to support their unborn child, while Paulie is forced to work as a waiter for Eddie. He gives the mob Barney's name but initially refuses to identify Charlie as the third man involved. However, under pressure, he is forced to rat on his cousin. Barney leaves town and Charlie mails him his cut of the loot. And when Charlie makes $20,000 on a horse, things begin to look up. Charlie prepares for a showdown with Eddie, armed with a copy of the tape that the police officer made. But at the last moment, Paulie puts lye in Eddie's coffee. Then he and Charlie casually walk away from Greenwich Village. CAST: Mickey Rourke as Charlie Eric Roberts as Paulie Daryl Hannah as Diane Kenneth McMillan as Barney Burt Young as Eddie Grant Jack Kehoe as Walter "Bunky" Ritter Geraldine Page as Mrs. Ritter 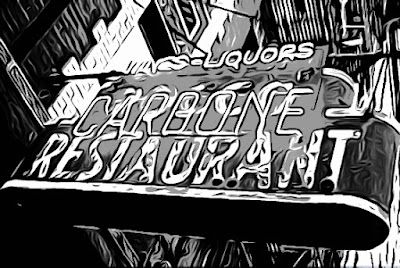 Posted by xpicassox at 12:34 PM No comments: