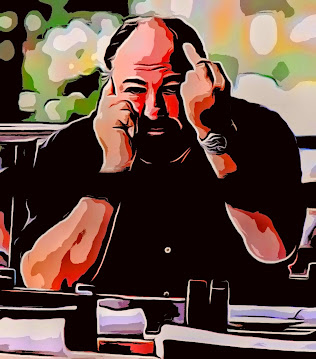 This is part of a scene in Francis Ford Coppola’s famed Italian-American mob-movie The Godfather. The scene is during Connie Corleone’s Wedding to Carlo. Paulie and Mob Guy-1 are assigned by Sonny to be guarding the outside of the Corleone Compound from any unwanted intruders (FBI, rival gangs, anybody). Mob Guy # 1 got a couple of Gabagool Sandwiches from one of the cooks preparing the Wedding Banquet for Connie and Don Corleone’s guests at Connie’s Wedding. Paulie and Guy # 1 can’t eat with the guest, but they are hungry. “Hey they’re Italian-American!” And Gabagool will definitely fit the bill. Gabagool, aka Gabagul, or similar, is an Italian Salumi pork-product made from the neck-meat of a pig. There are several variations of the name, including; Capicola (most common), Ham Capicola, Coppa, Capocollo, and Capicollo. “Gabagool” is slang for Capicola? It is not “slang” but Neapolitan dialect that many Italian-Americans use for Capicola, including Tony Sopranos and those real-life guys who don Big Pinky Rings. A Gabagool Sandwich So you wanna make a Gabagool. The preferred sandwich is on Italian Bread or a hero-roll from a great Bread Baker like, Parisi Bakers in New York’s Little Italy. Then you gotta get the Gabagool! You get yourself top-quality Capicola from your favorite Pork Store, Satriale’s if you’re in North Jersey, at Di Palo’s in Little Italy, or Faicco’s if you’re downtown New York and Greenwich Village or at their Brooklyn outpost. You’re gonna want Provolone or Mozz, I prefer Provolone. Get some peppers, Hot Cherry Peppers like Tony, Paulie, and Silvio, or as others like myself, with Roast Sweet Peppers. That’s all you need. To make a Gabagool Sub, you need a good sub roll or crusty Italian-Bread, and Gabagool (Capicola) of course, thin sliced Provolone, and either, Genoa Salami, Mortadella, Prosciutto (Proshoot), or Sopressata if you like. Put the Gabagool, Provolone and any other if any Salumi product on the bottom half of your bread, top with shredded Iceberg Lettuce, add a slice of ripe Tomato, then thin sliced Red Onion, and sprinkle on Salt, Black Pepper, Oregano, Olive Oil, and Red Wine Vinegar and “you’re set!” Set if you don’t want it “Hot.” If you do? Then again, get yourself some Hot Italian Cherry Peppers and throw them. That’s a Gabagool Sub.    If you want just a Gabagool and not a Sub, get a nice smaller roll, some roast red sweet peppers (or Hot), the Capicola, and sliced Provolone. Pile everything on between the bread, and Voila, you’ve got a Gabagool, just like Tony.  Excerpted From SUNDAY SAUCE  by Daniel Bellino Zwicke ...  Available on AMAZON.com   PS … For a great Gabagool Sandwich in New York, go to either Parisi’s Italian Deli in Little Italy, or Faicco’s Italian Specialties (Pork Store) on Bleecker Street in Greenwich Village, for the best Italian Sandwiches on God’s Good Earth! 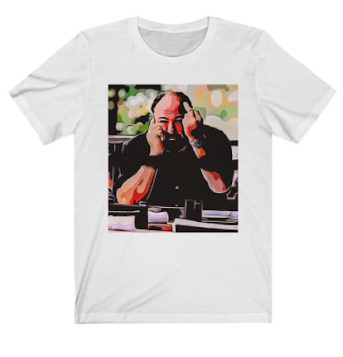 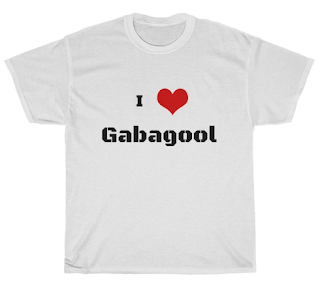 
Learn How to Make a GABAGOOL
in SUNDAY SAUCE