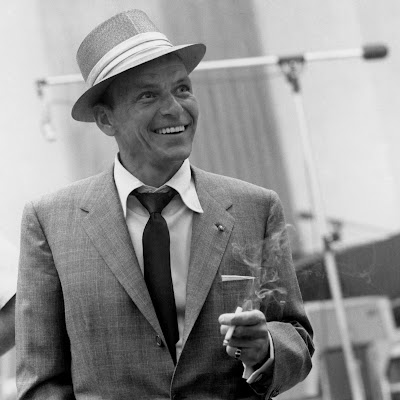 Here's a strange and interesting article found recently on Grubstreet. It's the apparent New Phenomenon of Cooking the Recipes of Deceased Celebrities, and the article includes recipes by Elvis and his Fried Chicken, Miles Davis Chili, and Dean Martins Hamburger.
I myself have long been interested in cooking the favorite foods of celebrities both living and those who have passed on, especially those of Italian ancestry and in particular Frank Sinatra. And so I have included a recipe for Frank Sinatra's favorite of Spaghetti Pomodoro (Tomato Sauce). If you make this recipe, note that frank did not like pieces of garlic in his food. He did love the flavor and the way to achieve this feat as pointed out in the recipe is to start the dish saute whole cloves of garlic in olive oil, and when they just start getting brown, you remove the garlic which has left its flavor behind in the olive oil. Mangia!
"A strange mini-phenomenon is going on: Recipes from long-dead celebrities are resurfacing for no apparent reason. There’s Dean Martin’s spartan burger recipe, Miles Davis’s chili, and Elvis’s favorite fried chicken. We wondered how the found recipes held up as actual recipes, so we gave comedian (and amateur cook) David Rees the job of making each, with the stipulation that he report back and rank the recipes against one another.
Celebrities are just like you and me: They wear sweatpants to the coffee shop; they worry about money; and they apparently love to cook!" Article by David Rees, found on Grubstreet. Interesting!

1) Put Olive Oil and garlic cloves in a 3 quart or larger pot. Turn flame on to medium heat. Cook garlic for about four minutes until it is lightly browned. Remove garlic from pot and discard.
2) Put whole tomatoes in blender or food processor and blend for two minutes.
3) Add tomatoes and all remaining ingredients to pot. Bring the ingredients up to the boil, then lower flame until sauce is a a low gentle simmer. Cook for 25 minutes, stirring occasionally, scraping bottom of pot to keep sauce from burning.
4) After the sauce has been cooking for about 15 minutes, add Spaghetti to a separate pot of boiling salted water. Cook spaghetti according to directions on spaghetti package.
5) Drain the Spaghetti in a colander. Add spaghetti back to pot it cooked in. Add 1 tablespoon olive oil and mix. Add half the Tomato Sauce and mix.
6) Plate out spaghetti onto four plates. Add a little more tomato sauce on top of already dressed Spaghetti. Serve and pass the Grated Cheesse. Enjoy!

For FRANK'S FAVORITE RECIPES, STORIES, and ... 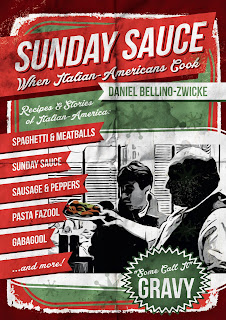 with DEAN MARTIN and FRIENDS